Access the world’s first OKR research paper and get involved in next year’s research.

Did you know there is an epidemic of people thinking that they’re not cut out for their own jobs?

Particularly prevalent in the software industry, there is an increasingly large number of employees and candidates who suffer from something experts are calling ‘Imposter Syndrome’.

It’s not a recognised mental illness, but for the psychologists who study it and the people who suffer from it, it’s something very real.

In a nutshell, it’s the belief that you’re not fully qualified to do your job, and that you’ll be found out one day and fired.

To most, it sounds ridiculous. In fact, even those who suffer, often feel embarrassed about it, but its a very real problem, where the employee usually feels like they aren’t “the real deal”,  or they might describe themselves as “fakes” or “frauds”. They desperately fear the day they’ll get “caught out” for being incompetent at their jobs.

Was Albert Einstein a fraud?

Even Albert Einstein, recognised as one of the most influential scientists of the last 500 years, had a case of Imposter’s Syndrome in his later years.

He once confided to a close friend:

The exaggerated esteem in which my lifework is held makes me very ill at ease. I feel compelled to think of myself as an involuntary swindler.

Of course, nobody really thinks of Einstein as a fraud, yet he still felt insecure about his talents and achievements, as do many extremely competent people today.

How do you overcome it?

How do you quash that nagging voice that’s saying you’re not good enough? First, let’s look at some of the tell-tale signs of the syndrome, and what they reveal.

Those who suffer with imposter syndrome feel like they are doing a job they are not qualified for. Or maybe they are qualified for that job, but they’re being given extra attention, praise, or privileged treatment, and they they feel this is unwarranted.

This is the basic fear that they’ll be caught out one day, with highly negative consequences.

Someone with Impostor Syndrome often worries that the person who is ‘overvaluing’ them (usually a manager) will eventually ‘find them out’ and feel deceived.

Sometimes, when a person with impostor syndrome achieves some success, they believe it was merely the result of ‘dumb luck’’.

For example, a competent salesperson could land a large, lucrative deal, but instead of congratulating themselves on closing the deal, may internally worry that the lead was of a better quality, and they won’t be able to replicate that success.

This is similar to ‘attributing success to luck’, except instead of actually denying that the accomplishments were real, the employee or candidate may downplay the achievements as easy or trivial.

In software engineering world, many developers internally downplay success as ‘copy and paste from Google’. They don’t realise that even the top developers still rely heavily on Google for recognised design patterns and methodology.

When a promising candidate suddenly clams up about accomplishments, it is vitally important to delve deeper into their role in successful projects.

Give them the opportunity to explain techniques, and encourage ‘humble brags’, with questions like, “What were you really proud of in that project?”, and “Everyone gets inspiration from others – how did you build on those ideas?”.

A way to overcome it in new hires, is to implement the ‘100 day test’, where the new employee gets 100 days to prove their contribution:

If their confidence is developed gradually, those who suffer, may turn out to be some of your best team members.

The TBG Culture Practice is here to help you start the journey towards improving your internal culture. 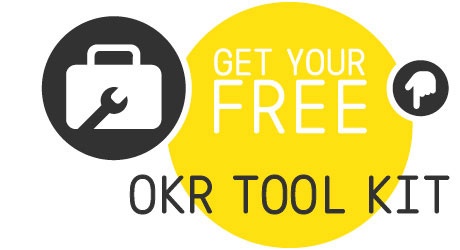