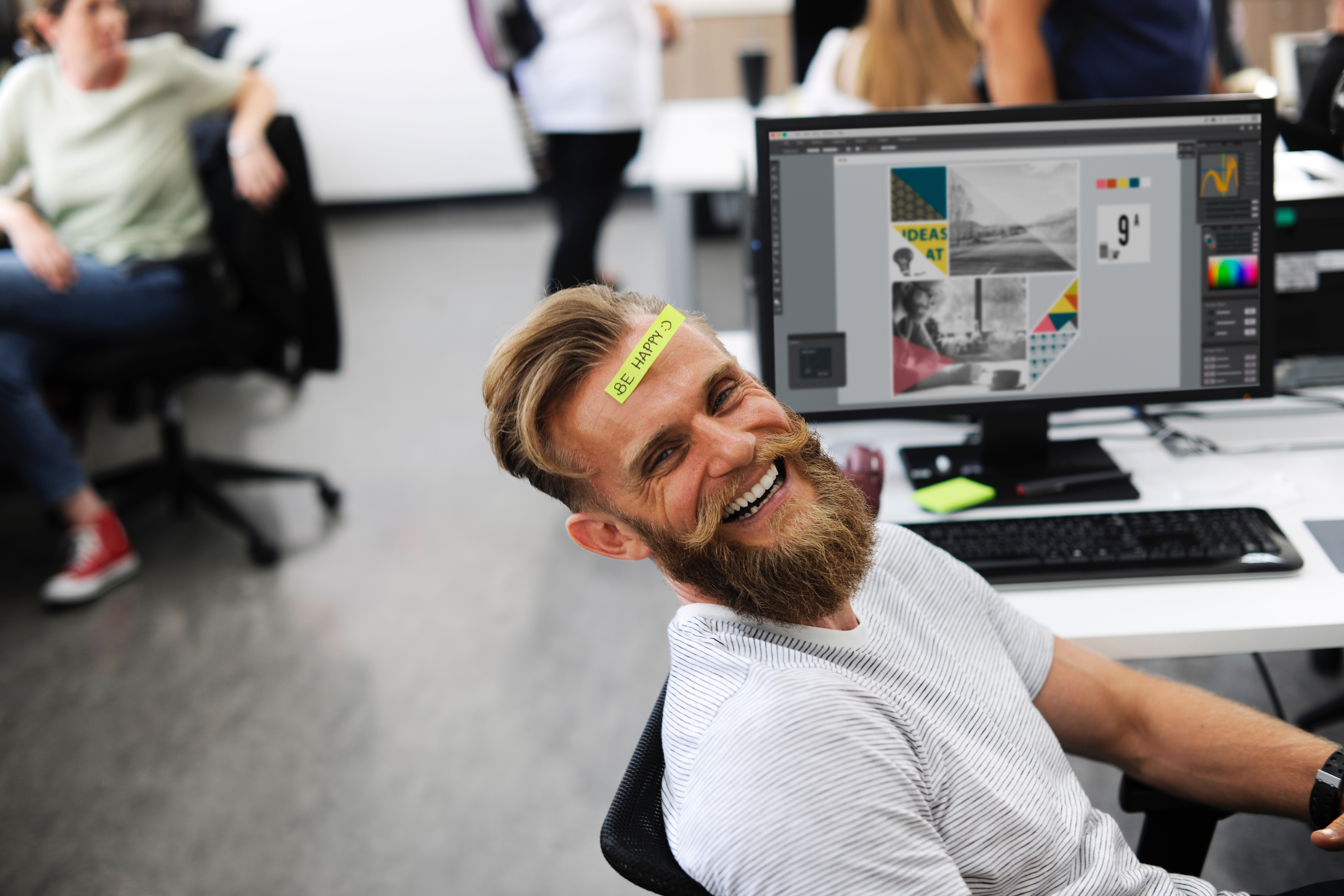 So welcome to my first blog for There Be Giants of what will hopefully be many, many more. First off, let me quickly introduce myself… I’m Lawrence and I’ve just joined the TBG cohort as Operations Manager. Now I have no idea whether Roger hired me because of my operational prowess or whether at 6′ 7″ tall I just “fit the brand”. I hope it’s the former, but either way I’ve had a Baptism of Fire… in two short weeks I’ve gone from “What the f*** are OKRs?” to not being able to understand why I’ve never come across them before, and that’s the point of this blog (or series of blogs, if I’m lucky enough to pass my probation!) 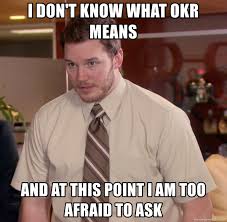 Me, a mere two weeks ago

What I’m going to look at in these short articles is areas in my previous employment that I have since had a moment of enlightenment about. For I now know that if we’d been using the strategy that lies behind OKRs it would have made such a world of difference! So with no further ado, let’s get started!

In this blog I’m going to be talking about Values and, to be honest, in 2018 never has the topic been more relevant. All business’ Corporate Social Responsibility is under the microscope like never before, but is this really what we mean by ‘Company Values’? Personally I believe Values should be more deep rooted in the staff and especially in the leadership and that the CSR is the outcome of these Values. I would never take a job, for example, without first finding out how the company lives and breathes its Values, and I would never hire someone without first finding out if they represented our Company Values – that’s how seriously they should be taken. 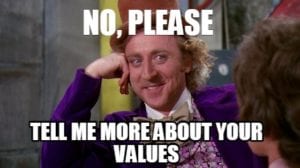 Me at a job interview

A company should be able (and wanting) to shout their Values from the rooftops and let others judge them against them. One of the companies I’ve worked with before had no values, certainly none that were written down, or were expected to be exemplified day in and day out by the staff. Whilst I’m sure it could be argued that no harm was done to the company in not having any, what difference did this make? And what would the impact have been if they DID have values?

To exemplify this, I am going to focus on the Values of the famous cereal brand, Kellogg’s:

Without shared Values how can you build a company of individuals who have to come together for the majority of their waking day, for the majority of their week and expect them to get on, bond and gel as a team? You simply can’t. At Kellogg’s it is important for their staff to show ‘Humility’, so I wonder; if somebody with an inflated ego were to suddenly join their ranks how this would go down? Let’s say Cristiano Ronaldo gets an unfortunate injury, hits hard times and has to join Kellogg’s Marketing Department – how would somebody with such a domineering personality fit amongst a team of otherwise modest individuals. He is likely to rub people up the wrong way, cause friction within the team and ultimately cause issues that have to be dealt with. This is a very simple demonstration of why Values are so important in recruitment, a team with shared values are so much more likely to excel in their given objectives. Unfortunately I have seen this fact overlooked on numerous occasions in the past.

So how about alignment? How can company values make a difference to how a business is aligned? Well let’s pick out another of Kellogg’s values – ‘Simplicity’. Now it is very likely that these will resonate with people in different ways depending on their role within the company and to highlight this further I want to take a quick look at the cereals Kellogg’s own/manufacture: 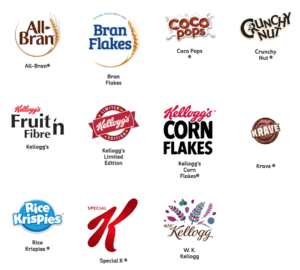 If you work as part of the graphic design team then to you this might mean the packaging needs to be simple and clean, but if you work in the product development team then ‘Simplicity’ to you might mean the flavours of the cereal. So let’s take a look at the 11 cereals and their logos above. I would say that both departments have absolutely smashed the Company Value of ‘Simplicity’, let’s face it, none of those cereals are going to knock your socks off first thing in the morning and neither are their logos going to render you speechless.  A bowl of Carnival Berries on the other hand? It doesn’t seem to me that ‘Simplicity’ is the first thing on the mind with this product 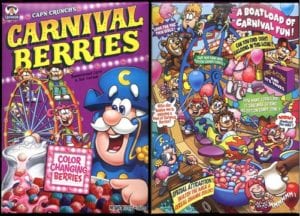 All views on cereal, simple or otherwise, are my own and do not reflect the views of There Be Giants (and I’m lactose intolerant, so who am I to judge!)

Finally, I want talk about Values and their importance for Accountability. In this instance I don’t mean holding somebody accountable for job performance or standard of work, but am more focused on holding their own individual Values to account. Again I am going to demonstrate the importance of this using one of Kellogg’s company values – ‘Integrity’.

The Cambridge English Dictionary defines integrity as :- the quality of being honest and having strong moral principles that you refuse to change

I think most people would agree that honesty and moral principles are important, but by using a word as powerful as this in your Values really drives it home. Every person in the company should be demonstrating ‘Integrity’ at all times and if they don’t, this can have serious repercussions. For example, how would it resonate if a member of staff on the production line were severely disciplined for not being honest about a fault they caused in the system that resulted in a batch of a product having to be disposed of, but at the same time the CEO didn’t come under scrutiny or discipline for misleading the board in the Annual figures. Now this might sound like something that happens in a lot of companies and in some ways I fear this type of imbalance has become status quo. If you have ‘INTEGRITY’ in your values though, it is only right that these are demonstrated from the highest echelons in the hierarchy to the lowest and if somebody strays from them, no matter who it is, they are held to account for doing so.

One of the huge bonuses of OKRs is that they bring accountability to the Objectives that are driving the growth of the business. If your team are comfortable with being held accountable against the Company Values then this will be an easy transition and will make a dramatic increase to how successful the implementation of OKRs will be within your business.

I hope this has given you a really quick snapshot as to why Values really are immeasurably Valuable for any business, so get some written up and get them ingrained into everything you do asap!

There Be Giants’ Values

Want to chat about how we can help you establish your own Company Values that will make a real real impact to your business or to discuss OKRs more generally, drop me an email to [email protected] and we’ll grab a coffee!