To strive, to serve and not to yield 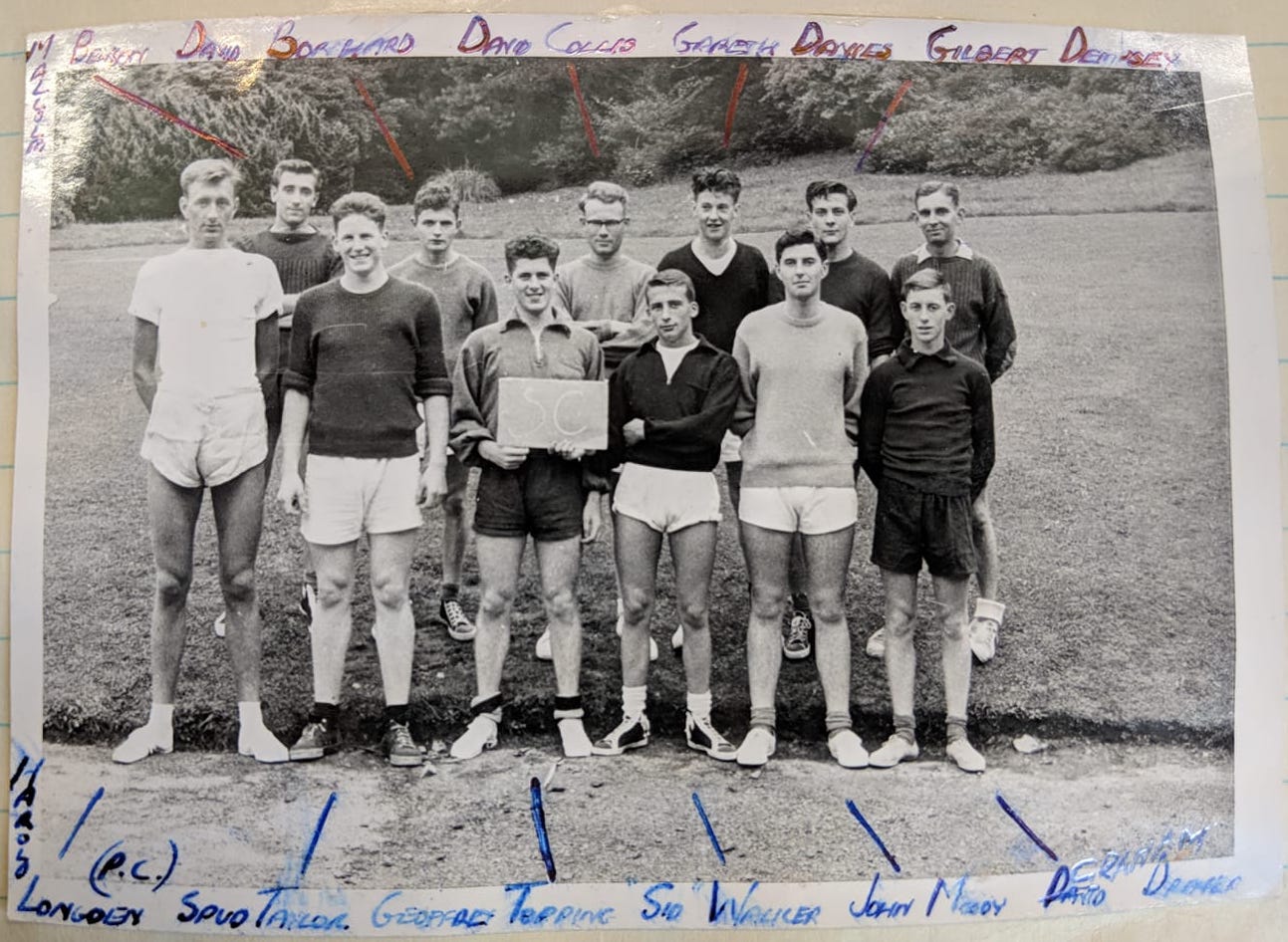 To strive, to serve and not to yield*

Sounds like a military motto right?  Actually, it belongs to the Outward Bound Trust, an organisation who has, since 1941, helped over 1.2 million young people push beyond their inner limits through the use of the great outdoors and get a better sense of their real potential.

My relationship with the OB is a proxy one.  I can’t claim to have ever attended one of their programmes (and a part of me really wishes I had).  My link is via my Dad, who’s in the team photo at the top (he’s the tall one on the left).  He was sent by his new employer at the age of 19 just as he was starting as a commercial apprentice (which lead on to him becoming an accountant).  He was at the Eskdale centre in Cumbria for 4 weeks.

I now realise those were the most pivotal 4 weeks of his life.

I got to know both the OB and my Dad’s history with it a little better last week as he, along with 20 or so other alumni, was invited back for a couple of days.  None of them knew each other (they were all there at different times) – the only thing they had in common was their 4 weeks at Eskdale – but the anecdotes and memories started flowing within minutes.  60 years seemed like only yesterday to them.

As the day went on, I started to sense the affection and passion they all shared and it got me wondering: how could the OB have had such an impact that, 60 years on, they were back and reliving the memories all again?  What might I hope to be so passionate about when I’m pushing 80?

My theory is: it’s down to values.

The OB has had a set of values which have supported its motto right from the outset.  Its work has reflected them and, consequently, the impact it’s had on those 1.2m young people over the decades has been to encourage them to adopt them as their own too.  This really is the power of inspiration and connection, and my Dad is living evidence of it.

I actually found my time at Eskdale with him quite profound.  It was an honour to share the time with him, and all the other alumni.  I honestly found both them and the OB inspiring.  I do regret a little that I didn’t have the chance to experience it first hand, but I’ll settle for being able to share those 2 very special days with my Dad.

There be Giants does a lot of work with our clients on values and, while I’m not writing this blog to plug our services, I only hope that, through our work, we can help our clients to have such an impact.

You can get to the Outward Bound Trust via https://www.outwardbound.org.uk/

FYI – their values are:

*Originally taken from the last line of Tennyson’s poem “Ulysses”