Agile won. It became the mainstream approach for developing software. Most corporations either have adopted it or are planning to do it.

Agile revolutionized software delivery. However, organizations still combine it with management principles created over a century ago.

Instead of being data-driven, what drives Agile is the opinion of the stakeholders. This phenomenon is also called the HiPPO: the Highest Paid Person’s Opinion, as illustrated in the book How Google Works:

There is a flaw behind Agile. The assumption is that the stakeholders know what is valuable and their opinion is a measure of actual value.

Data shows otherwise. A paper published by Ron Kohavi analyzed the results from a set of ideas at Microsoft. Only 1/3 created a statistically significant positive change in the desired metrics.

Instead of collecting data and measuring what works, Agile asks the HiPPOs what to build. And they have an error margin of 66% or more.

Agile is still using the “voice of the customer” model. In this model, someone represents the end customer.

Ron Jeffries, one of one of the 17 original signatories of the Agile Manifesto, described a hypothetical conversation with a stakeholder (emphasis mine):

“Every week you get to tell us what’s most important to you, and we’ll tell you what we think we can accomplish. A week later, you have it in your hands. You could ship it out if you want to.”

What Jeffries is describing is a model where the stakeholders decide what to do and if work will ship, following the taylorist approach.

The “voice of the customer” made sense in the past when collecting data was hard. But nowadays it is just another waterfall residue. Instead of following the HiPPO, teams can measure data and interview the end customers.

The alternative is the combination of Agile with OKR (Objectives and Key Results), the goal setting framework used by firms like Intel, Google, and Spotify.

Because it’s just a framework, OKR can be used to track outputs. The mere measurement of activities, however, is not a proper use of OKR. The real transformation comes from using Value-based OKRs, which measure the delivery of value to the customer or the organization.

The examples below show the difference between the two types of Key Results: 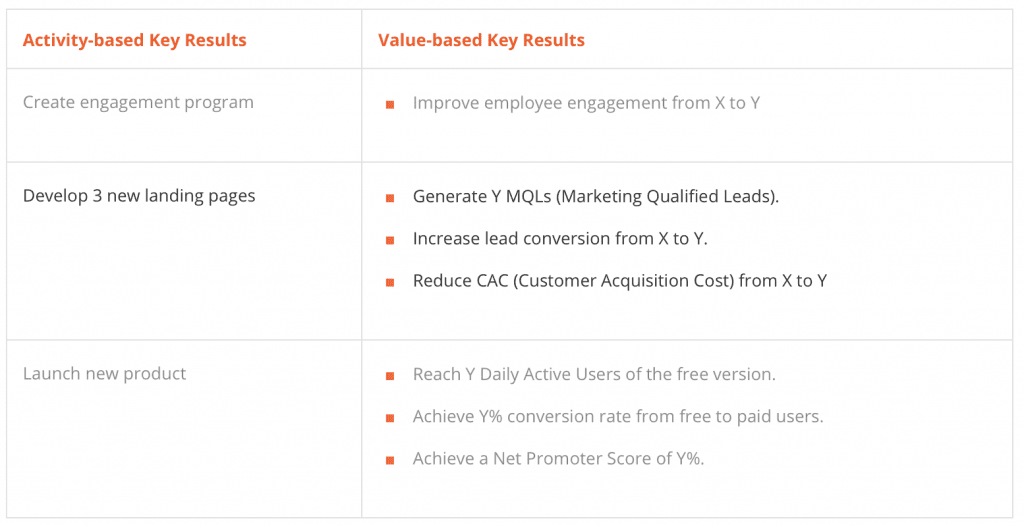 Measuring the delivery of value is crucial to creating a data-driven culture.

Why are you Working on that?

Henrik Kniberg has a great slide about what drives each team: 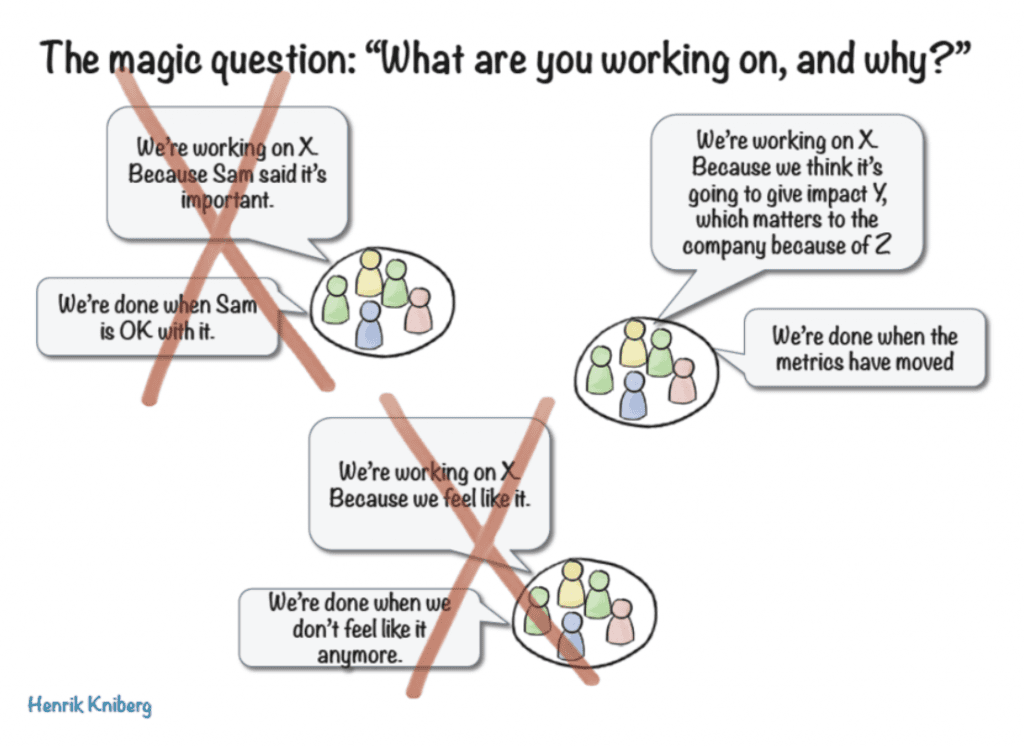 The first option represents the feature factory. The assumption is that the team is incapable of deciding what to build. They work on something because somebody told them to (“Sam”). It follows the taylorist principle of separation between planning and doing. All decisions are made by the HiPPO.

The second approach is the other extreme, where teams work on things for no other reason than “they feel like it.”

We want the third option. A team that focuses on delivering value and has the autonomy to make evidence-based decisions. They have a clear purpose and a line of sight between their work and the company strategy. They understand how they can make an impact.

Felipe Castro is a Goal Hacker. He helps organizations transform how they use goals by adopting OKR, the Silicon Valley framework for agile goal setting. He created the Set-Align-Achieve cycle, a simple method to avoid OKR’s most common pitfalls. Felipe blogs at felipecastro.com.