How 15 year’s experience in business showed me that telling the truth is always easier than lying. 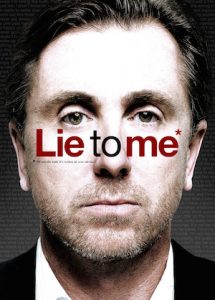 It’s just one of those things we’re all guilty of from time to time.

Admittedly, some of us are more prone to it than others, but there are very few who can claim to have never told a lie in their lives.

Most people think that lying is a necessity, however, unless you’re in severe danger, it’s usually avoidable.

Furthermore, there is a very compelling case to be made that telling the truth (as scary as it may seem) might be much easier than lying.

To illustrate this point, consider the show ‘Lie To Me‘ starring Tim Roth as Carl Lightman.

Lightman is based on Paul Ekman’s work, whose approach to lie detection is one of the skills we’ve been trained in.

This is one of our favorite shows because it deals with a lot of the same issues we deal with in our business. Basically, it’s about a body language expert who is contracted by the FBI to try to assess whether accused criminals are lying or telling the truth based on body language.

The kicker is, he usually gets it right!

To lie effectively, you need to be a great actor, a great ‘author’, be able to think quickly on your feet, and be highly creative.

So how does Carl Lightman always get it right? It turns out that lying is actually very hard work. There are always tell-tale signs that indicate mental stress.

In other words, lying consumes mental energy, and the outward signs of this energy consumption are apparent to those who know how to look for them. This is known as “leaking”, and is very difficult to hide, unless you’re accustomed to being dishonest.

Some of the many signs that Tim Roth uses to tell when people are lying include:

Of course, it’s important to remember that this is TV, and its been ‘sexed up’ a lot to increase viewing figures. However, the principles are sound, and are based on eleven universal signs of deception.

The 11 Signs of Deception

Each sign is actually a micro-expressions that can “leak” our true feelings.

However, true deception experts only measure these micro-expressions relative to that person’s baseline.

For example, the ‘Pinocchio’s’ Nose’ (touching the nose when telling a lie) isn’t applicable to everyone – it would be important to first establish how that subject acts when telling the truth, and compare the behaviour.

Experts look for signs of deception in conjunction with the words being spoken, then compare this to the established baseline, before making a judgement.

This recent Business Insider article gives examples of the 11 signs of deception. These include the 5 mentioned above, plus:

So, lying is actually harder than telling the truth. Furthermore, instinctively, we’re all pretty good at outing bad liars, who often display a number of the above characteristics at once.

So what’s the lesson here?

First, when it comes to evaluating applicants  in job interview situations, make sure you are always observing what they are doing. When you know what you’re looking out for, you can often detect potential fibs, that merit further investigation.

I distinctly remember an interview I was involved in recruiting an HR Director. We had a great candidate, who was pretty perfect for the job.

As part of the interview, he was asked about his opinion on unions, and despite saying that he was happy to work within a unionised environment, I detected micro-flashes of anger appearing on his face.

I then questioned this in more depth, and it quickly became apparent that he had very strong views on unions, and that he was not suitable for that role. If I’d not detected some discomfort, we could have made a costly mistake.

Secondly, on a more personal level, try to tell the truth as much as possible.

You will get along better with your interviewees and naturally appeal to stronger applicants who usually value honesty. (We’ve all had that ‘shudder’ when we’ve met someone we don’t trust!)

Oh, and you never know – if you get really good, maybe the FBI will employ you too.